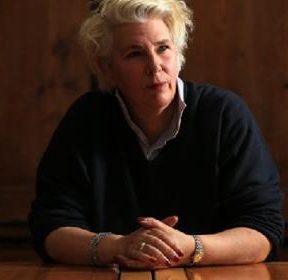 Katherine Goddard QC was appointed silk in 2019.  She is a specialist criminal law barrister who has acted in cases of the utmost gravity and has particular expertise in sexual offences and ones entailing complex medical evidence.  Katherine was instructed in the horrendous ‘Edlington’ case in 2009, representing the youngest ever defendant in England to be convicted of a crime.  She is a grade 4 CPS Advocate Panel prosecutor and joint head of Chambers (alongside Gul Nawaz Hussain QC), at Bank House Chambers.

Katherine – who described herself as “Sheffield through and through” – grew up in what she said was an almost gender-neutral childhood home, being presented with the same chances and encouragement as her brother.  Her mother was a surgeon, and the household’s main breadwinner whilst Katherine’s father was a sea captain, who when not at sea took on many of the household chores.

Katherine’s mother worked in an era when the profession was still male-dominated and presented enormous challenges for a woman, particularly in terms of progression.  She provided a strong role model for Katherine.  At the time Katherine was studying for her A levels, her mother decided that she needed a new challenge, and embarked on a part-time law degree.  Katherine became very interested in her mother’s course books, so much so that she decided that a career in the legal profession would suit her very well.  So, after A levels, Katherine began studying for a law degree, full-time at Keele University                      using her mother’s hand-me-down text books. The two of them graduated the same week, her mother obtaining a better class of degree!  Circumstances at the time meant that her mother was unable to pursue her wish to make a career switch from medicine to the Bar.

Whilst at university, Katherine volunteered in the legal advice centre.  She found this work challenging, satisfying and enjoyable, and was immediately hooked on advocacy and decided to aim for a career as a courtroom advocate.  She regularly attended the local Crown Court to observe barristers on their feet.  On graduating, Katherine feared that her degree would not be good enough to secure her a place at Bar School but after a year she secured a place.  In the meanwhile, Katherine gained hugely valuable experience from volunteering at a Citizens Advice Bureau (CAB).  Coming from a comfortable middle-class background, this experience proved to be a real eye-opener.  She found herself advocating for often extremely vulnerable people; for example a single-parent mother facing a final gas-bill demand where a phone call from Katherine secured alternative payment arrangements.  Katherine learned skills working in the CAB that have served her well throughout her career, including empathy, humility and “looking beyond one’s own complacency”.

To take up her place at Bar School, Katherine had to move to London.  She did not like living here, but she did learn the practical skills of advocacy and enjoyed the traditions of dining in Hall and some of the more maverick qualities of the profession.  She was fortunate to obtain a pupillage in Sheffield before her Finals results were out – she couldn’t wait to get back home.  She said that Bank House Chambers was one of the only two sets in Sheffield and the one that most suited her as it was unstuffy and there had been role models there in the form of women barristers doing exclusively criminal cases.  At the time Katherine joined chambers many women were still being steered towards family work.  There were also lingering ‘male traditions’ at the Bar in the early 1990s, but things were changing quite fast in the North Eastern Circuit.  A sufficient number of very impressive women barristers had already had careers in the profession, and Katherine was able to make progress on her own merits: she said that “you let the work talk for you”.

Katherine increasingly developed expertise in sexual crime cases and those where there were complex medical issues, both in relation to causation and other forensic issues.  An important case from 2012, was in defending a terminally-ill defendant who was charged with the murder of his wife and daughter and who had been diagnosed with suffering from an ‘adverse drug induced psychotic event’ whilst receiving chemotherapy treatment.

Katherine would advise those seeking a career at the Bar to be sure they were strongly attracted by their chosen field.  Crime was a particularly tough specialism and not one where you would make a fortune, so a strong sense of vocation was essential.  If you hoped to progress, you needed self-determination, flair, ‘stickability’ and you had to be prepared for hard work over long periods.  You needed to be single-minded, but at the same time ensure your own self-care: Katherine was not sure how well she had always done on the second score.

Katherine said that she had always aspired to becoming a silk, and as her career progressed as a senior junior she was increasingly up against, and working alongside, silks.  This made her feel more confident in taking the step up.  However, due to personal circumstances she had had to postpone making an application for a number of years.  “The time was never right”.  However, she realised that if she never applied this would be a source of some regret.  Katherine succeeded on her third application, finding herself to be one of the older QCs successful in 2019.

She received her first silk brief even before the official announcement of the outcome of the competition.  It was “nine weeks of a proper cut-throat murder trial.” She experienced something of ‘imposter syndrome’ for the first couple of weeks, but after that felt thoroughly at home as a QC.  It came with considerable new pressures but also many new courtesies which were accorded the title.  There was also the luxury of having more time to prepare for her cases in ways that had been impossible as a very busy senior junior.  Katherine had moved straight into her second case as a silk and found herself booked up for many months ahead.

There was, however, an initial rather big financial ‘hit’ for those taking silk at the criminal Bar.  She would strongly recommend those coming after her to have a solid financial plan in place to cover the nine months or so between doing your first case and getting paid. She said that she was fortunate in that besides her horses she had few luxuries to support.

Looking back at the silk application process, Katherine considered this to be a highly introspective process for people more used to standing up in court and advocating for others.  It was quite an alien process.  She did not receive any assistance from training companies having been told that they were all booked up when she rang around.  The application process took a very long time and you had to be psychologically prepared not to succeed at the end of it.

Katherine wondered how the Bar, especially the legally-aided Bar, could attract the very best and brightest applicants when students, particularly those from less-advantaged backgrounds,  were leaving university with £50,000 debts and could earn far more in the City.  This had serious implications for social mobility and in achieving a Bar that reflected society in all its diversity.

The silk ceremony was a somewhat bitter-sweet experience for Katherine as her mother was no longer with them.  She would have been immensely proud to see her daughter made one of “Her Majesty’s Counsel learned in the law”. Whilst down in London for the ceremony, Katherine “pushed the boat out” and organised accommodation in the London Savoy, and this felt right: Katherine’s mother and father had taken Katherine to the Savoy to celebrate her being called to the Bar some thirty years before.