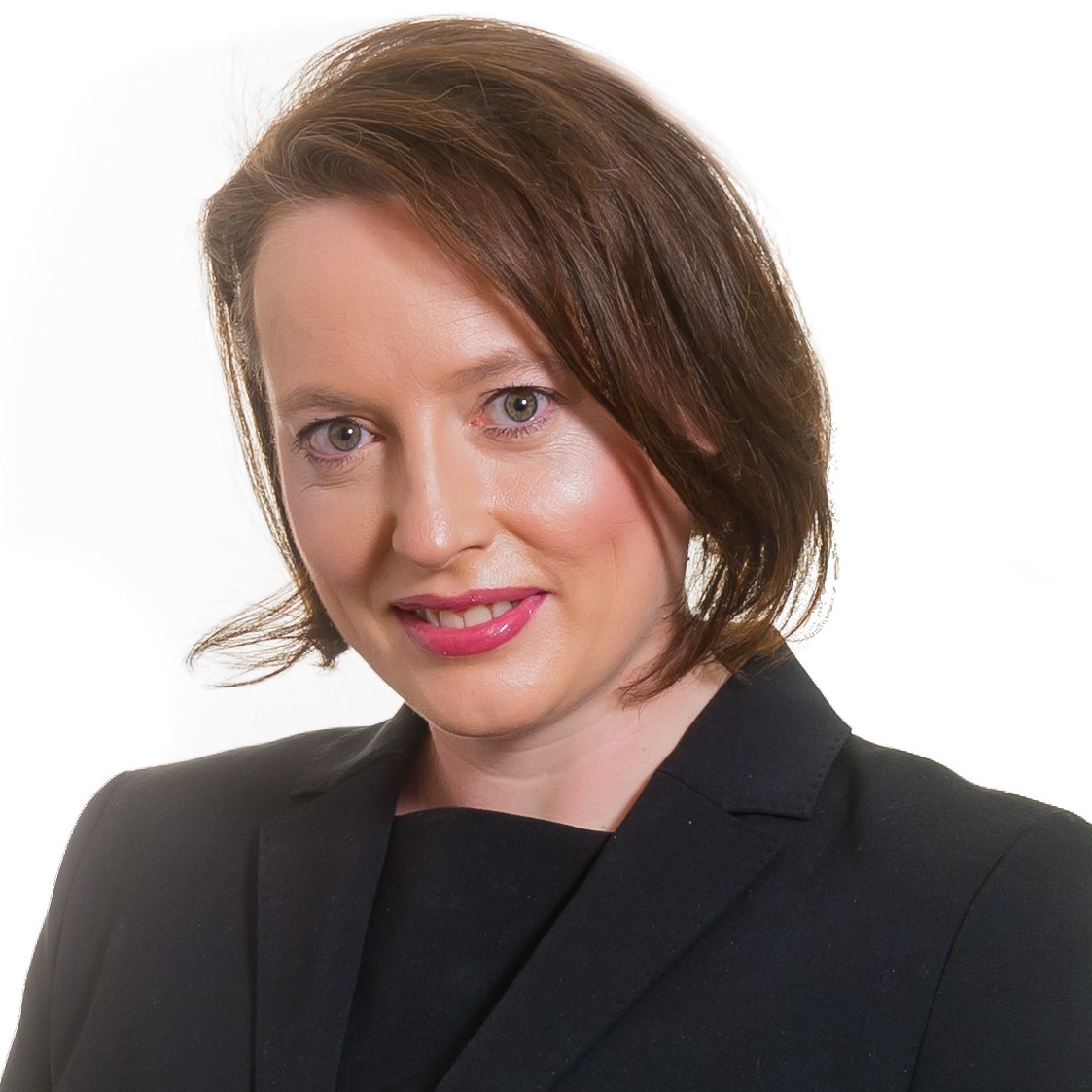 Originally from Warrington, Lorraine Cavanagh QC was a tenant in the St John’s Buildings Chambers, Manchester and one of thirty women appointed silk in 2019.  She was a family law and Court of Protection specialist with expertise in cases involving fatal and serious non-accidental injuries and wardship for children with major psychological issues and adoption; in cases concerning the marriage and sexual relations of incapacitated people; and in issues around the transition of children with disabilities to adult services.

Lorraine’s parents had had a strong belief in the opportunities that education could provide.  Having begun her working life as a hairdresser, Lorraine’s mother became a lecturer in a further education college.  And Lorraine’s father, having worked initially as an engineer, retrained as an auditor, rising to director role.  Lorraine attended an extremely good secondary school and did her A levels at a sixth-form college. She took her LLB at Manchester University, where only two other students on her year aspired to the Bar.  To prepare herself for applying for a pupillage, Lorraine found people willing to mentor her and took up mini-pupillages, and volunteered at a local Citizens Advice Bureau.  After graduation she went to Bar School at the Inns of Court School of Law in Grays Inn and began applying for pupillages on the Northern Circuit.  She said that she had been extremely fortunate to be offered a pupillage following her first and second interviews with the first set she applied to – her current chambers.

Lorraine said that even as quite a young child she had had a strong sense of right and wrong, which drew her to her chosen specialism helping vulnerable people.  She did a mixture of crime, civil and family law for three years, but soon realised that the latter was her “natural home”. Lorraine increasingly focused on children and Court of Protection (COP) cases.  She said that the COP Bar was relatively small, where ‘everyone knows everyone’.  Most of the cases were highly complex, with many cases going before the higher courts.  The area provided a fascinating and challenging array of issues around, for example, cognitive impairment, cultural and language aspects and medicine.  Prior to settling on law, Lorraine had contemplated training to become a doctor and she took a particular interest in cases involving injuries to children and complex medical evidence.  Lorraine found the work ethically and emotionally challenging but also highly satisfying.  She said that during often protracted COP cases “the protected person comes to connect with you”.  It was “wonderful and humbling” to work with the person so that they “could have some understanding of what was happening in their world”.

Even as a pupil, Lorraine said that she had set her sights on becoming a QC, as “silk was the gold standard”.  But even though in 2014 she felt that she had a suitable number and quality cases to make a respectable application, Lorraine chose to delay.  She had received some encouragement from others to apply at this time but, aware of how arduous and time-consuming the process was, Lorraine had been anxious to give the competition her best shot – and avoid having to go through the process again.  In addition, the step up to silk would initially mean fewer medical treatment cases that she found so satisfying; they were typically briefed to senior juniors.

However, by 2017 Lorraine began to be concerned that she was at risk of testing the patience of those colleagues and judges who had encouraged her to apply for QC over a number of years.  So, with an eye to the silk competition, and following advice from two of her mentors, Lorraine started becoming more selective in the cases which she accepted.  Her pupil supervisor, a silk colleague and her senior clerk provided the final collective ‘nudge’ for Lorraine to make her QC application in 2018.  Her senior clerk was uniquely well-placed to know not only the whole range of her cases and how colleagues in the profession and judiciary viewed her but also the Chambers’ perspective concerning budgetary, recruitment and other implications of the set acquiring an additional silk.   The senior clerk and business development manager were also able to provide a non-lawyer’s perspective on the drafting of her application form.

Lorraine said that the generosity of the Bar came to the fore when it became known that she was going to apply for QC.  Silks in her own Chambers and in various other chambers and specialisms offered to sit down with her and speak about their own experience with the competition.  Two pieces of advice stood out for Lorraine: first, do not take any risks with your application by not knowing how you were viewed by a potential assessor; secondly, you had to overcome the natural reluctance as an advocate to talk about yourself.

As regards advice to future applicants, Lorraine said that it was important to be honest about your readiness to apply for silk.  You needed to become thoroughly acquainted with the guidance for applicants. For Lorraine, this helped allay her anxieties about including a few of her cases which were not in front of full-time High Court judges and the difficulties when practising on a Circuit where a large numbers of cases were in front of the same small pool of High Court judges – thus reducing the number of potential senior judicial assessors. She found the QCA secretariat to be very open to conversations around flexibility – such as regarding the number of assessors that an applicant was able to list.  When Lorraine started to plan the cases for her form she realised that the case criteria were more flexible than she had first assumed, and that she therefore had many more cases than she had first thought might qualify. Lorraine said that with the benefit of hindsight she would have found it helpful to have kept a few contemporaneous notes of her cases in the years before applying, to help when it came to filling in her application form.  She would also advise applicants to make some of the judges that they regularly appeared before aware of your provisional intention to apply for silk in a few years’ time and, if appropriate, ask for their advice as to your suitability. This would give them the opportunity to formulate their views on you as a potential silk and your cases, to assist them with any assessment they might be called upon to provide.

For those at an earlier stage of their careers, Lorraine counselled involvement in the Bar Council, your Inn and/or specialist Bar Associations.  The motive should primarily be that of ‘giving something back’ to the profession, but such activities could also benefit your confidence about taking on a leadership role in the profession.  In her own case, involvement in her Inn of Court’s activities meant that she had opportunities to interact with more senior members of the profession including senior judges.  When it came to making her silk application she felt better placed to approach her potential assessors in the senior judiciary. To younger members of the Bar, Lorraine would counsel the importance of working on developing self-awareness and self-confidence.  It was not always easy to “believe in yourself” and this was something you had to work on to ensure that you always improved as an advocate.

Lorraine faced a paradoxical difficulty when it came to completing her application form as regards Competency D (Diversity) in that because diversity was so much part and parcel of what she did every day, she had to take a step back and think hard about how to demonstrate the evidence required on her understanding and proactivity.  Beyond specific examples drawn from her cases, Lorraine was also able to cite a seminar she had set up to help advocates gain a better understanding of gender dysphoria and the gender language that was used.   And, although she had not done it specifically with the silk competition in mind, becoming a pupil master had also provided her with a greater understanding of issues facing younger members of the profession. Taking a pupil was an extremely fulfilling professional experience.

Lorraine said that she had thought that the list of examples in the Competency Framework for ‘working with others’ (Competency C) were in the nature of sub-criteria to be met.  This had left her feeling that the examples which she could cite to incorporate many of those examples might somehow ‘fall short’ as being ‘too mundane’.   Some of the examples in the Competency Framework seemed very simple (as they were the sorts of things barristers did every day) but others seemed difficult to demonstrate with the necessary evidence within such tight drafting limits.

Lorraine felt that the word limit on the application form for the competencies had compromised her ability to convey all the necessary evidence that she would have liked to convey to the Selection Panel.  She spent a week off work simply to reduce her word count and refine the examples to meet the permitted limits.

Never having had experience of competency-based interviews, Lorraine received some training.  She had to overcome the somewhat alien feeling of having to talk about herself rather than her client.  In the event, she found her interview to be less strictly competency-based than she had expected.  The interview panel were very polite and experienced, and posed probing questions that demonstrated real interest in her work. The interview also gave her the opportunity to talk about aspects which she had not been able to put anywhere on the application form, for example the work she had done to assist in setting up the Court of Protection Practitioners Association.

Overall, Lorraine found the selection process to be a fair one, striking the right balance between the various sources of evidence.  She had full confidence in the Selection Panel’s decision-making. Her principal reaction on receiving the letter informing her that she had been successful was one of relief – a feeling that persisted for more than a month.

As for the future, Lorraine was looking forward to doing longer cases and taking greater control of her diary.  She hoped that being a silk might go some little way to make her extremely vulnerable clients feel more protected although she was acutely aware that the reality was that if the client was being represented by a silk then something pretty bad had happened in their lives.

Finally, Lorraine expressed a huge debt of gratitude to the earlier generations of women barristers who worked so hard to overcome numerous barriers to make the way so much easier for her own generation.  Lorraine had found a wealth of support and warmth from women barristers, silks and from the female and male members of the judiciary. There was a real commitment to ensuring that the message got through that silk was a true meritocracy, and that such barriers as might remain could be overcome.