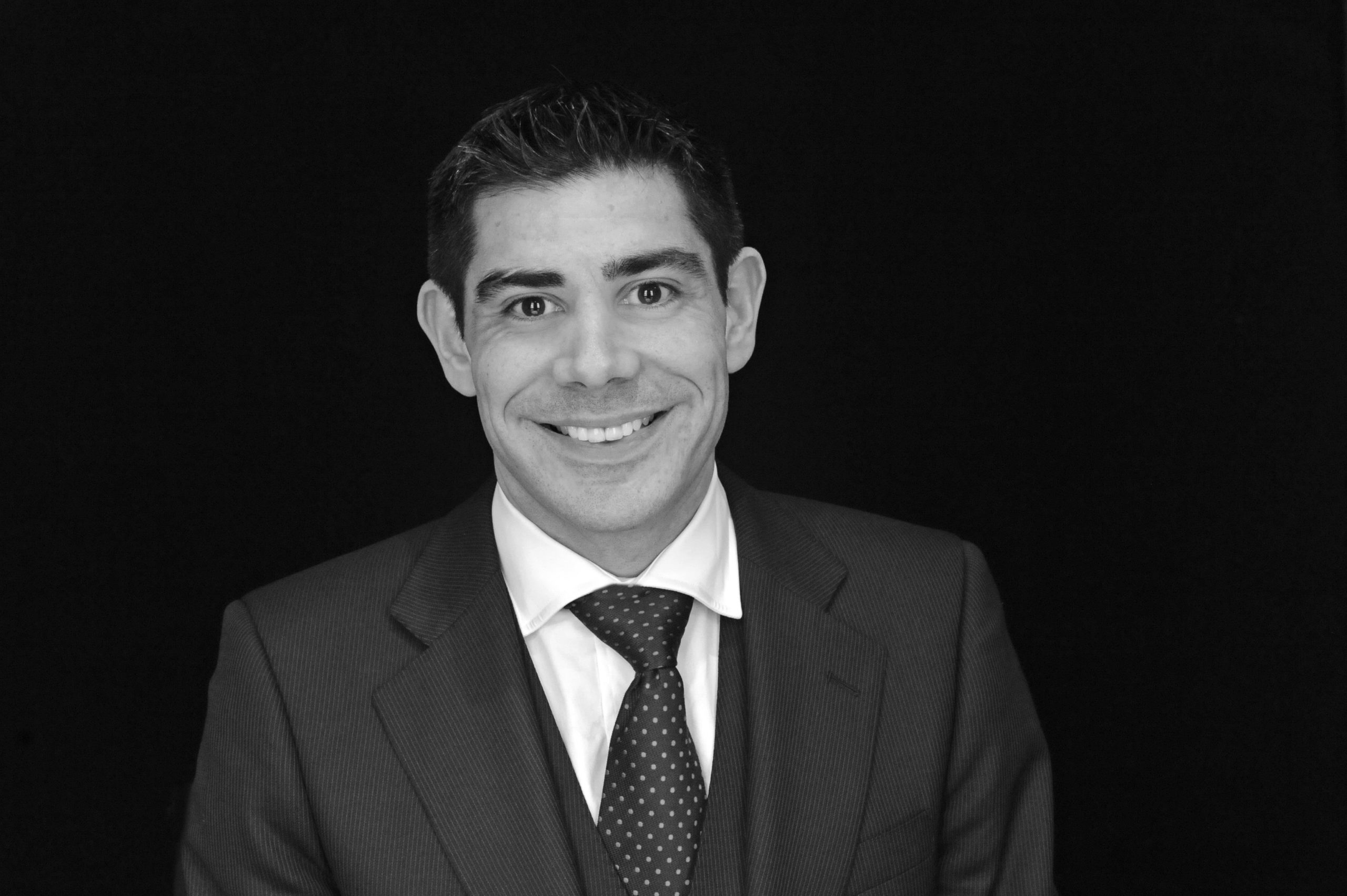 Brian Nicholson QC, who was appointed silk in 2019, specialises in all areas of intellectual property, and especially cases involving substantial and complex electronic or computing content.  He grew up in the south west of England in a relatively large family, the second of four children.  Brian and two of his siblings were the first generation of the family to attend university having been previously educated at a local comprehensive school.  No-one in Brian’s own or extended family had been involved in the law before him.

Brian originally trained as an electrical and electronic engineer, obtaining a first-class degree and a PhD from the University of Bath.  He also served as an officer in the Royal Naval Reserve for a number of years whilst at Bath, and had originally intended to pursue a career as an Engineering Officer in the Royal Navy.  However, that opportunity was denied him as a direct result of the Armed Forces’ (then) policy on sexual orientation.

Brian became interested in the law during his doctoral studies, mainly as a consequence of experiencing engineering companies suffering due to misunderstanding their legal rights. This resulted in both contractual and intellectual property issues.  Having initially researched for a short postgraduate course in law merely with the intention of remedying what he viewed as a deficit in his engineering training, he discovered the role of barrister, the ability to cross-qualify without completing a full LLB, and the importance of intellectual property law.  Coupled with his well-established interest in representation work and advocacy (whilst at Bath, he held several senior posts representing students and the Students Union), Brian was already looking for an alternative career path when he happened across a career at the Bar.  His engineering background led him naturally to the intellectual property Bar.

There was no particular spur for Brian in deciding to apply for QC.  He said that he had been fortunate to have spent almost his entire career in the High Court and above, instructed almost exclusively by substantial national and multi-national clients on high-value and significant cases.  The downside to such a practice, however, was that a silk was almost inevitably instructed for trial.  And in a practice area dominated by QCs, failing to take silk at the ‘expected time’ gave rise to the perception that you were not able to do so.  In order for Brian to continue to develop his practice, a timely application for silk was essential.  The timing coincided with his coming to the end of a five year term as Standing Counsel to the Comptroller-General of Patents, Designs and Trade Marks.  This appointment aided his application as it had given him significant un-led experience in significant cases in the High Court, Court of Appeal, Supreme Court and the Court of Justice of the European Union.

As to those who aspired to the most senior levels in the profession, Brian said that “reputation is everything”.  It required considerable and unswerving effort to gain, but was easily and quickly lost.   You had to think about the standards you would expect as a client and then ensure that those standards were met on every occasion.   At the same time, you had to maintain a proper work/life balance – which sometimes meant saying ‘no’: You needed to take proper care for yourself if you were to be in ‘the right place’ to provide the very best service possible for your clients.

Brian did not think the work/life challenge would alter much now he was a silk compared with being a senior junior:  Both roles entailed huge professional demands.  Although the early years as a silk potentially involved more work as one had to transition from a “comfortable and well-known role” to something new, there were benefits that could help maintain the balance.  In particular, the nearly universal provision of a junior; the recognition by clients that a silk was not ‘always available’; and no on-going QCA process to occupy rafts of what would otherwise be ‘non-work time’.

Brian said that you needed to be thinking about your application for silk at least two to three years before you expected to apply, irrespective of the strength of your practice.  You had to have a portfolio of evidence at a level of excellence, and it was likely that the nature of your practice would be such that you had at least some weaker areas.  There was very little that you could do to fill the gaps if you only discovered them a few months before you intended to apply, especially in a profession in which you do not get to choose your cases, or to decide which cases fought and which  settled.

Realistically appraising what you needed to demonstrate well in advance would help you identify opportunities to collect evidence as well as help guide you as to the best time to make your silk application.  Having identified certain competencies for which he needed better evidence, Brian made his clerks aware that he was looking for particular opportunities.  This resulted in him accepting a pro-bono brief that covered exactly what he needed, but for which he almost certainly would not otherwise have been put forward.

The QC process should not be approached like a trial.  In the QC process, it was essential to provide evidence on yourself – both as to fact and, to some extent, opinion; something which did not necessarily come easily to advocates who had always avoided personal comment in the course of their work. Nor would it be wise in the QC process for an applicant to draw attention to potentially adverse points – the QC appointment system was inevitably to some degree a question of applicants selling themselves to the Selection Panel.

Whilst you might be called upon at interview to deal with any ‘reservations’ expressed by one or more of your assessors (and you should conduct a critical self-evaluation so that you were prepared to deal with any such ‘doubts’), volunteering and attempting to address your ‘doubts’ in your own application form placed your application at an immediate disadvantage, in Brian’s view.

Initially Brian found Competency D (Diversity) difficult to complete in a convincing manner. This was partially due to an innate reluctance to give unsubstantiated evidence, and partially due to the advice of QCA to the effect that having a protected characteristic was not of itself evidence of diversity.  This led to a tendency on Brian’s part to limit his self-evaluation to objectively verifiable fact e.g. positions held, or initiatives in which he had been involved. With the assistance of a professional consultant, Brian soon came to appreciate that by giving honest but unverifiable evidence of why he was involved in various initiatives, it was actually very easy to demonstrate that he had a very clear understanding of diversity and a long-standing and targeted commitment to better ensuring diversity and equality throughout the profession.

Taking no real interest in diversity for fifteen years and then hoping to ‘fill the gap’ by a late reading of various diversity/equality publications, and a sudden appointment to your Chambers’ E&D committee was not the answer.  Brian said that applicants who had not been proactive in diversity issues until immediately before their application might be able to ‘cram’ a “thorough understanding”, but were most unlikely to be able to demonstrate a “real commitment”. The fact that there might well be relatively limited opportunity to demonstrate such commitment in the course of the subject-matter of one’s cases did not put you at a disadvantage:  that was to misunderstand diversity.  A real commitment was not limited to case-based involvement.  It included a commitment to embrace diversity and equality when working with professional clients, within Chambers, and even outside of the profession.  That was something that was open to every barrister. When one was in a position to meet the competency and appreciated that it was necessary to give open and frank evidence about your commitment, motivations, actions and results,  filling out the form was not that difficult.

In preparing for his interview, Brian used the services of a consultant. He was aware that professional training involved costs that the QCA considered might not be necessary – and that applicants did succeed without professional assistance.  However, in Brian’s view such outside assistance was crucial for many applicants.

Brian said that the interview was relatively straightforward, due in large part to his preparation with the assistance of professional coaching.  He was able to determine what the question was intended to elicit and provide appropriate examples, structured to meet the interviewers’ expectations.

Overall, the QC selection process required a great deal of hard work and dedication over an extended period of time.  To maximise your chance of success it was essential to understand how the process operated so that you could ensure you presented your evidence of the competencies in an optimum way.  Having gone through the process successfully, Brian’s overwhelming feeling was one of relief that he did not have to go through it again, a feeling shared by many new QCs. In addition to the time and effort spent on the process, it was very difficult not to spend a great deal of time pondering the uncertainties throughout the almost year-long application cycle.

The QC ‘badge’ meant that Brian would more readily be able to lead the type of cases in which he had always practiced.  Instructing a QC for trial was seen by his clients as the de facto ‘norm’.  Brian was very grateful for the professional clients who instructed him as lead-advocate in significant cases whilst still a junior, but noted that there were few who would entrust even a very highly-rated leading senior junior as the lead advocate in such cases.  Having ‘the badge’, “albeit I am precisely the same advocate that I was without ‘the badge’” was virtually an essential requirement for many of his lay and professional clients.

Brian said that informal mentoring from silks, both inside and outside of Chambers, had been absolutely critical in his development as a barrister and on his road to silk, and said he was indebted to those who had assisted him.  Most self-employed advocates did not have anything by way of formal ‘assessment’ or ‘development advice’; nor was there anyone to say “you did your best – it isn’t your fault that you’ve got a weak case”.  Mentors (formal or informal) were critical in helping to fill that gap in the profession.  As a consequence, it was difficult to overstate the opportunity that existing silks had to help ensure that today’s juniors performed to the best of their ability and were assisted to develop into tomorrow’s silks.