Mark Harper QC was one of 107 advocates appointed silk earlier this year at the ceremony in Westminster Hall.  Mark said he was “still on cloud nine” at being appointed Queen’s Counsel.

I met Mark in his Manchester chambers, which is where he has made his career since joining as pupil some 20 years ago.  Mark had chosen to come to the Bar after completing a mini pupillage in a Criminal set, but obtaining a pupillage at Kings Chambers led to him specialising in Chancery and Commercial work.

Mark had decided to apply for silk when colleagues and judges started to indicate that the time might be right.  Mark had also become aware that he was increasingly competing for work with QCs.  As he put it, “the letters after your name can make a real difference”.  Although Mark’s first application had been unsuccessful, he felt that he had gained valuable experience from it, for example through a greater familiarity with the application form and the Guidance.  He felt much better placed second time around to provide the Panel with a full understanding of his practice, skills and strengths.

In Mark’s view, anyone who is thinking about applying for silk needs to be able to make a truly honest appraisal of whether or not they yet have the necessary cases of substance.  It would do you no good to apply too soon, given the expense and demands of the application process.

So how had he gone about the application process?  Mark said that it all flowed from the selection of his twelve cases of substance (although we noted that applicants were permitted to name fewer cases so long as they provided an acceptable explanation to the Panel).  The next step was in relating those cases to the individual competencies and the standard of excellence.  Mark said that he found as he worked towards his QC application, keeping a notebook about him enabled him to keep a succinct record of cases that would potentially end up as one of the ‘twelve’.  Mark had looked at his cases with a different eye when he had an application in the offing, assessing whether they truly met the criteria of ‘substance’.  As an applicant it was important not to conflate the value of the case or the high-profile of the client with ‘substance’.  If in doubt about this or any other aspect of the application process, Mark encouraged future applicants to speak to the QCA Secretariat, whom he said he had found to be extremely helpful with advice and guidance!

Mark could name fewer than eight judges because, as he set out in his application form, he appeared regularly before the same five judges in his region.  Even when he had two cases listed for trial in London, two of his local judges were assigned to hear them!  Mark felt that it was important not to feel hampered by a relatively limited number of judicial assessors if these had a sufficiently in-depth understanding of your practice.

Mark said that of all the competencies, the one which he found hardest to enunciate for the Panel was competency A (understanding and using the law) because this competency was part and parcel of what he did every day.  He said that you needed to ‘step back from what was second nature’ to you in order to get a full appreciation of your own thought-processes and how you applied your legal knowledge. This enabled him to articulate this to the Panel.

Another challenge, as many applicants express, was the unfamiliarity with advocating for yourself as opposed to for your clients.  Demonstrating leadership skills (competency C – working with others) was also tricky given that many senior juniors would have relatively little opportunity for leading junior juniors.  Mark said that it was therefore important to look at leadership of the whole team of clients, lawyers and experts when the opportunities arose.

Mark said that he had two entirely different interview experiences although he stressed both had been positive ones.  On both occasions, he had felt that he was being provided with a platform to engage with the Panel to demonstrate excellence in the competencies. He said that the interviewers had been looking to him to give of his best.  There were no ‘trip wires’.  He recalled that he had had “a great discussion on positive discrimination” at his 2015/16 interview.  More broadly on the subject of diversity, Mark felt that it was not a difficult competency to enunciate so long as you engaged with the issues and recognised how it arose in your professional life.  He had, for example, been able to relate to the Panel how he had intervened when he had seen a court official displaying an impatient attitude towards a person with learning disabilities.  Mark considered diversity to be as crucial a competency as any of the others for a silk, for the credibility of the system of justice in an increasingly diverse society.  The commitment had to be genuine as the Panel would sniff out any ‘flannel’ or stock answers.

We discussed how life would change for Mark now that he was a Queen’s Counsel. His practice had been heavily paper-based as a senior-junior and he expected that he would now have larger proportion of court/ trial based work, and the time to do it.  He would probably have more cases outside Manchester, including overseas.  Overall, Mark said, he would get “more quality chambers time”.  It would be odd no longer having to think “such and such a case will be great for my application”!

As to the silk ceremony itself, Mark said that he and his family had had “a magical day”. Sadly, Mark’s mother died last year, but his father was there to thoroughly enjoy the occasion. Mark’s wife was still going through the photos and one of the children was still excited about “having nearly been run over” by Boris Johnson on his bicycle!  (The then Mayor of London was there to see his wife sworn in as another new silk.) 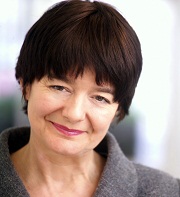